Photo by Fabian Wiktor from Pexels

TestProject is an end to end framework used for WebUI and Mobile UI test automation. Those QA test engineers who are new to test automation can learn it with ease, and it is popular among experts as well. The tool has strong community support making it popular among the open-source community. It is powered up by the AI feature, making script building easy, and saving time for the teams from a maintenance perspective. Test scripts are written in Java, C#, and Python in this tool.

The cross-platform support is useful to QA test teams –  with cross-browser, cross-device testing – due to the integration with the Cloud and tools like BrowserStack. Powerful AddOns are available and easy integration capabilities with popular 3rd party tools such as SauceLabs, Slack, GitHub, qTest, Azure, DevOps, and more. Additionally, it’s powered up with the Mobile and Web Test Recorder with efficient recording capabilities, and self-healing AI functions.

Robotium is an open-source framework for testing UI of Android-based native and hybrid mobile applications scripted in Java. It supports black-box testing for the applications, with several levels of tests including function tests, system tests, and UAT tests.  Because run-time binding happens in the tool, test cases are robust.

In continuous integration, the tool integrates easily with tools such as Maven, Ant, and Gradle. The tool has a Recorder facility which allows you to record tests on the Android application with ease. It supports testing on real devices by requiring testers to plug the device into the computer, and then write, and execute tests.

Appium is an open-source framework for testing UI of cross-platform native and hybrid mobile applications and mobile web apps. The tool is a popular mobile driver. It contains the Webdriver interface allowing scripts to be written in several programming languages, such as Java, Python, JavaScript, among others.

Tools such as TestProject have their SDK powered by Selenium and Appium. There is also  strong community support, making it popular among the test automation folks. It supports testing on real devices, simulators, and emulators based on your requirements. Tools like App Automate enable you to link with Appium, associating your tests with 2000 real mobile iOS and Android devices.

The tool easily integrates with the DevOps based tools. Hence, continuous testing is powered up by the integrations with the CI/CD tools such as Jenkins and more.. and supports Version control. Their visual test-driven design is excellent as well, which displays the tests in a graphical view to help manage difficulties easily without requiring much code from developers. 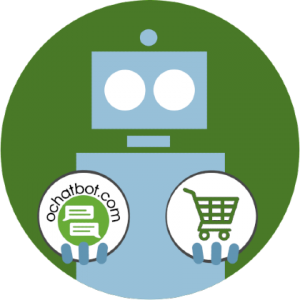 Parasoft’s SOATest tool is a powerful tool for Web UI testing. It helps capture user interaction on the web pages easily, with zero code requirements. The test design makes it easy to manage the test suite with simple click actions; making the tests easy to understand as well.

Parasoft Selenic is an integrated tool with Selenium for Web UI tests. It provides self-healing AI capabilities, especially from the perspective of script maintenance.

The Selenium WebDriver offers cross-browser support and is open-source. It allows integration of TestNG framework, TestProject, Parasoft tools, and more. The WebDriver API powers up the integration and helps enable Web UI test automation. The WebDriver hosts an extensive collection of language-specific bindings for the web UI test user actions.

Using the Selenium IDE, the QA engineers can create tests in a record playback fashion as well. The Selenium Grid helps increase scalability by running tests on multiple machines and environments from a single point of trigger. The tool also enables cross-platform, cross-device, and cross-browser support. In addition, headless-browser testing can be performed.

Just like Selenium, JMeter is open source with Apache with the base of Java. Tests are run on the protocol level and not on the browser level. It is primarily used for Load, performance, and stress testing of web applications. However, if UI tests need to be performed, it can be integrated with Selenium using the WebDriver Sampler.

QA teams can record UI tests using the JMeter’s HTTP Test recorder. Tools that can be used for recording Jmeter UI tests are Badboy for Windows and Blazemeter Chrome plugin.

The responsiveness of a website can be tested using the tool – with the URL as the input – and the tool provides the test result on how the web page would look on the device of the tester’s choice. The device screen’s size, viewport, monitor size, screen orientation, etc., decide the test results.

The result is a robust, high-quality product when tested using these modern era smart tools. QA engineers are now up-skilling themselves with experience and an increased understanding of automation tools to enhance their CV as well!

Learn how to build your own chatbot here!